Get up, stand up, be heard

Rize Up is a party-neutral movement aimed at young people, the homeless and the economically deprived. Following the call for a snap general election in 2017, we spent an intense two weeks driving the campaign forward, using design to create a positive momentum that would change politics for the better.
Share
The need to adapt
Filmmaker and photographer Josh Cole wanted to challenge and change young people’s negative perceptions of voting. With this in mind, he asked us to be the design agency for a nationwide campaign that instilled pride, inspired confidence and provoked action.
Over 15 million people – primarily the homeless, the under 25s and the economically dispossessed – didn’t vote in the 2015 election”
Ipsos MORI
Loud, proud – and very quick
For the first 48 hours our studio became campaign HQ – with the brand designed, developed and honed entirely on the fly. Driven by a powerful insight – “They don’t expect us to vote” – and inspired by the visual language of resistance, we created a striking identity for the campaign that’s impossible to ignore, shouting the campaign’s message loud and clear. 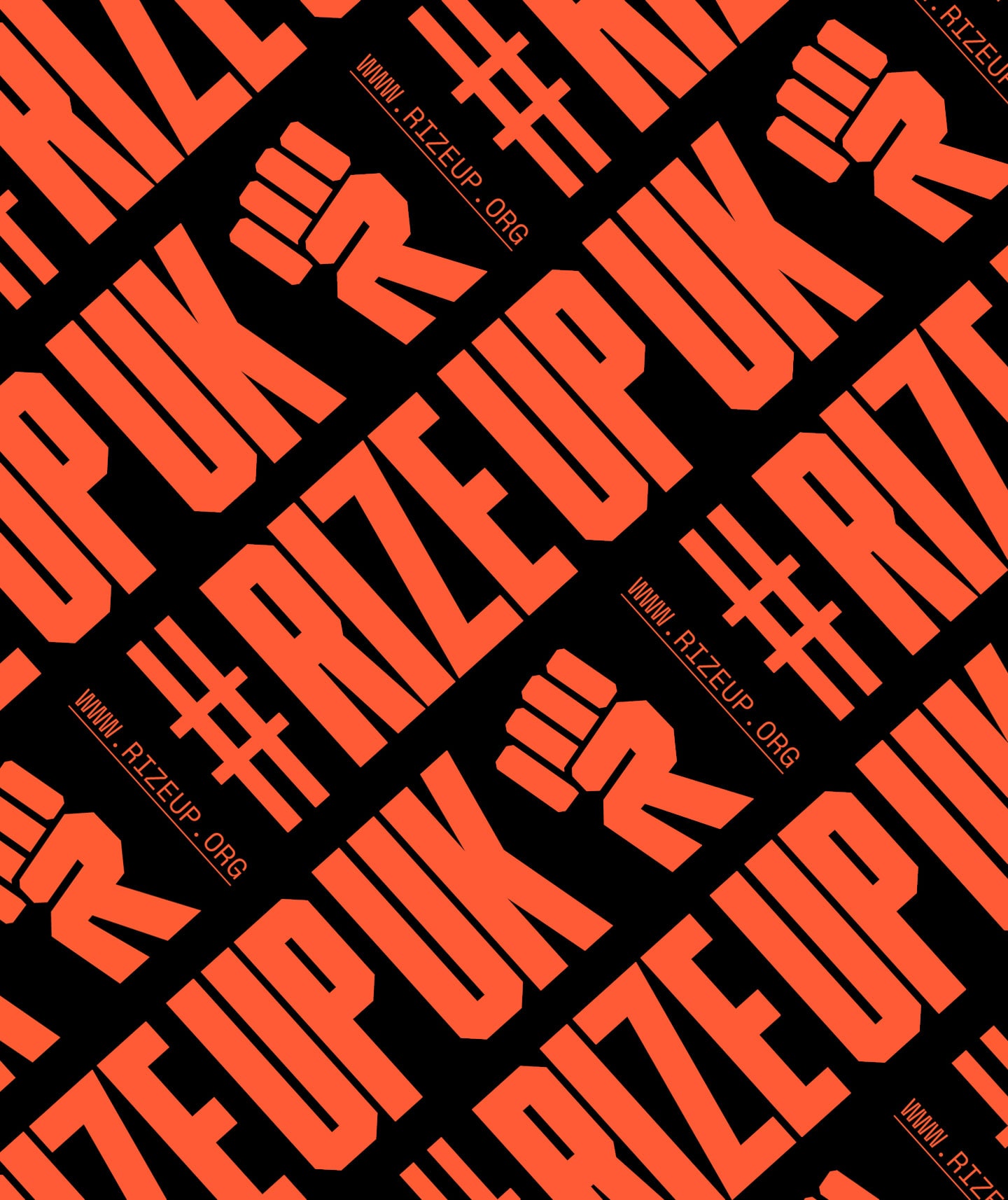 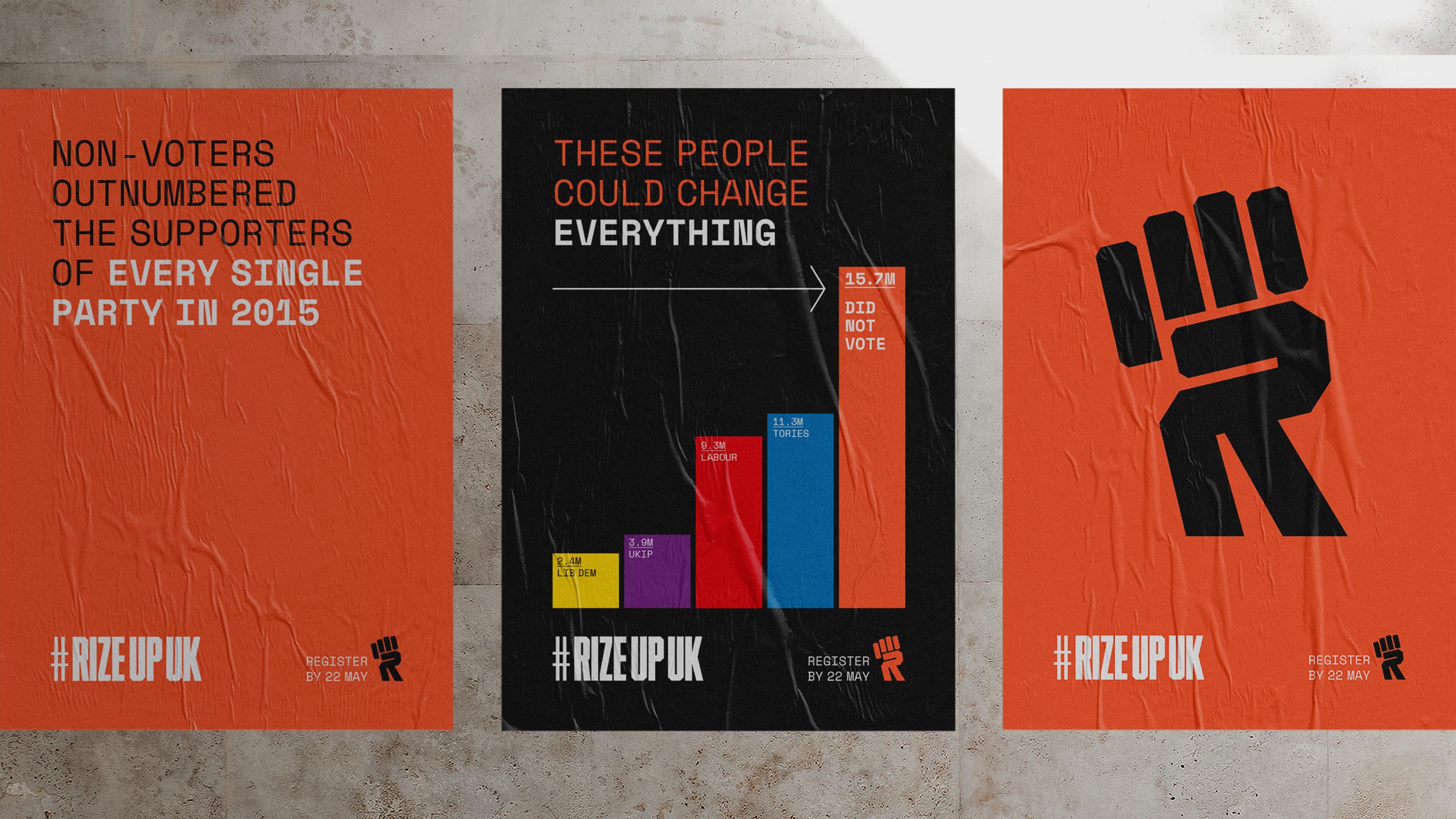 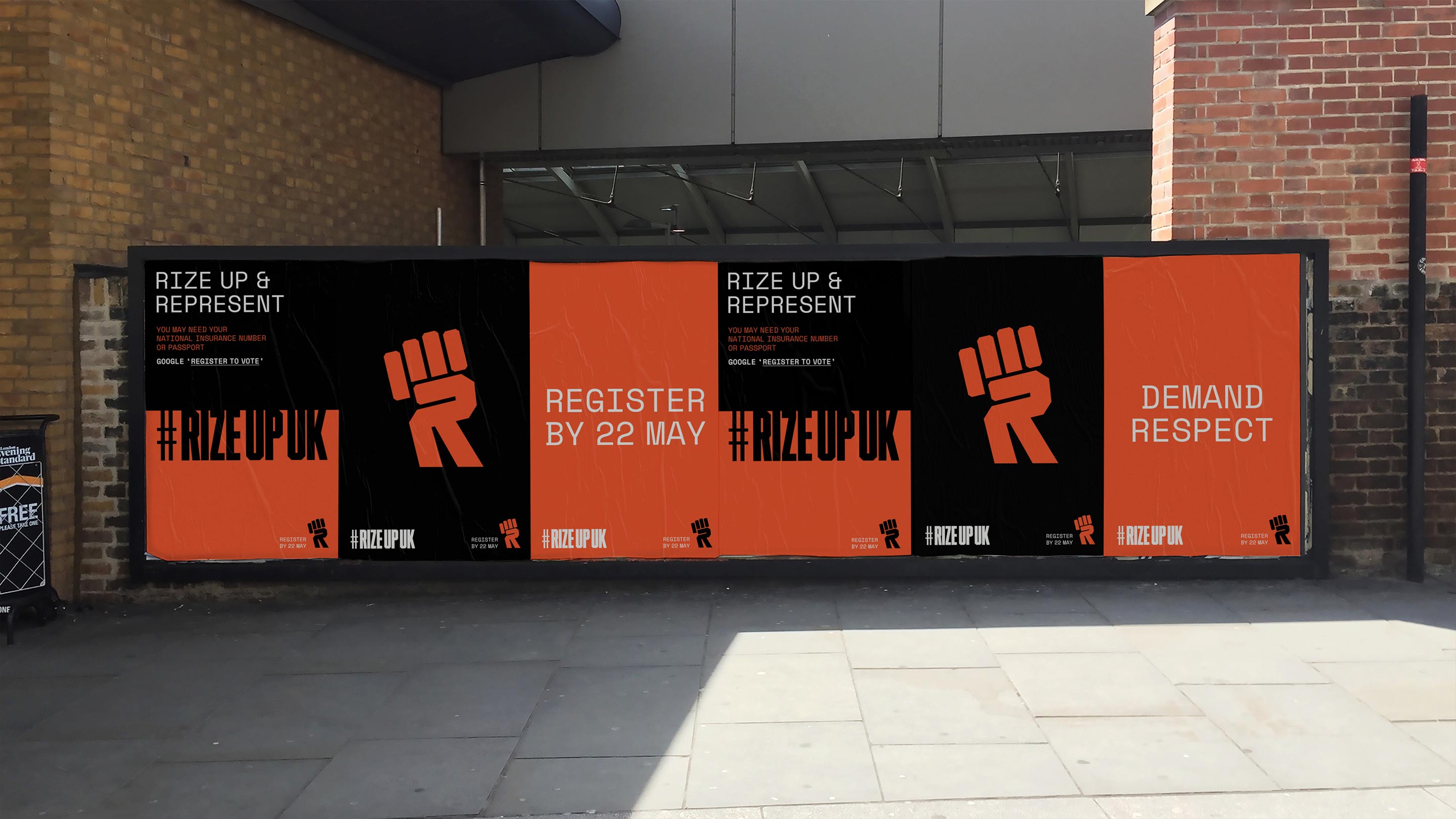 Rize Up encouraged artists of every kind to get involved socially – from retweets and reposts to bespoke videos that spread the message across digital channels. Over 100 musicians and celebrities came onboard across the space of a month, including the likes of Tinie Tempah, Professor Green, Riz Ahmed, Lily Allen, Doc Brown, Rudimental and Maverick Sabre. 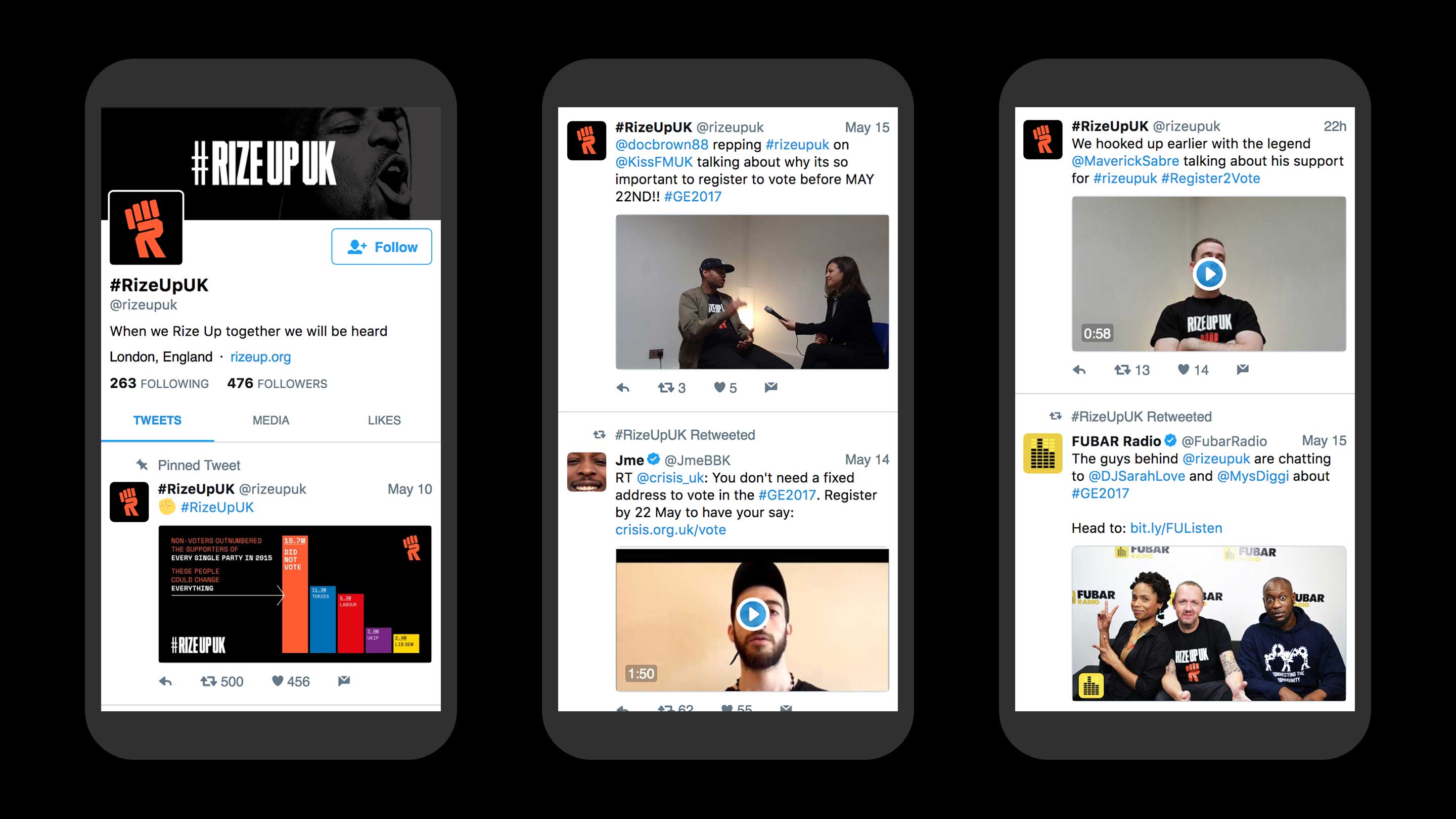 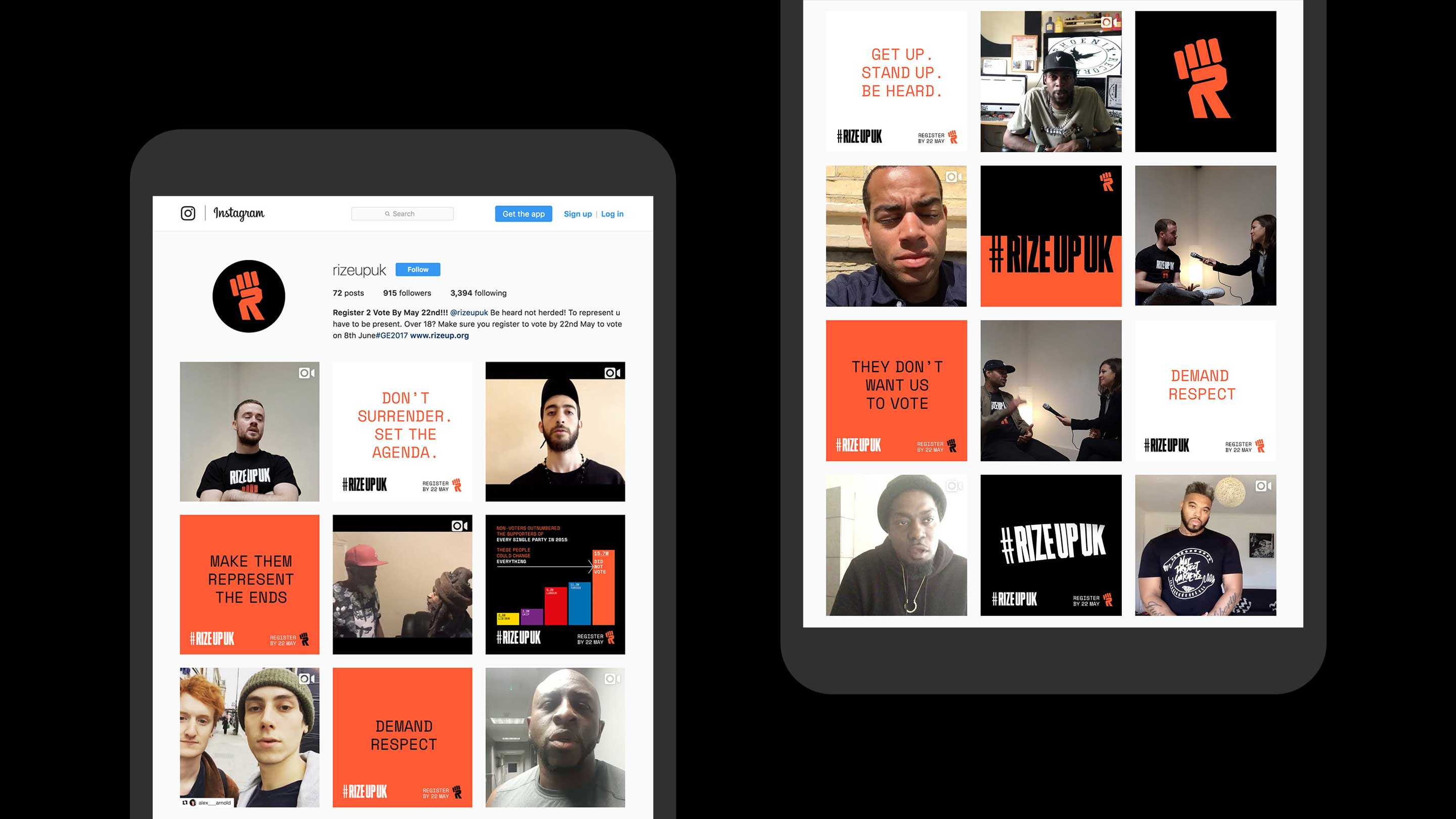 On the streets
Supported by high street brands like Lush – who turned 100 of their stores into campaign information centres and allowed homeless people to register to vote using a store address – the Rize Up message hit pavements nationwide. The campaign was featured in the NME, Buzzfeed and across the BBC, while partnerships with Shelter and Big Issue spread the word even wider. 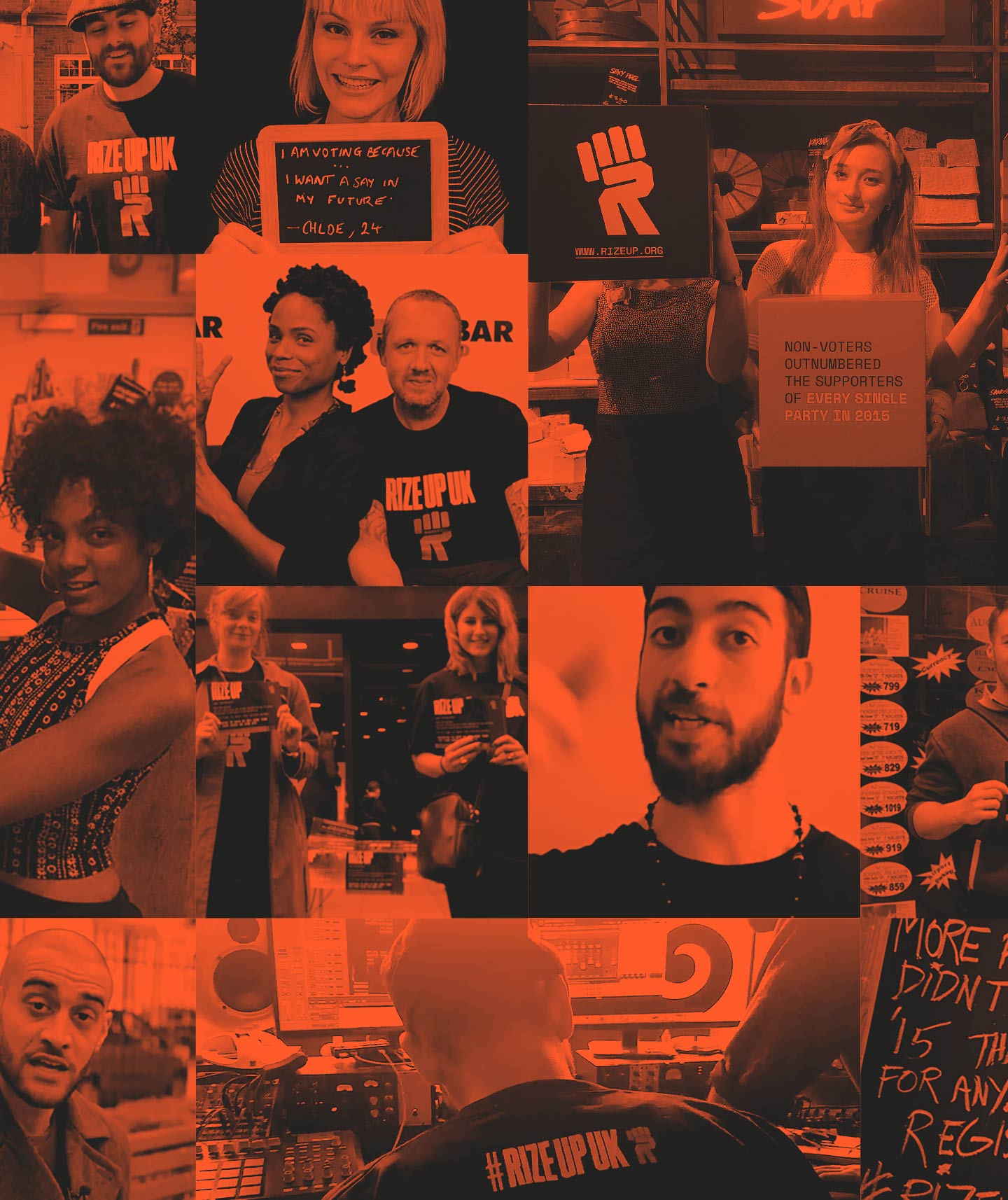 Change for the better

In the last week of the campaign, grime star Big Narstie and rapper Tommy Jules released their specially written track, ‘We Need a Change’, under the pseudonym Rize Up Sound System. The track epitomised the tone of the campaign: defiant, angry and empowering. The accompanying video, directed by Rize Up founder Josh Cole, was an immediate success, with over 2 million views on Facebook on 8th June alone.

Getting more young people voting
This will change politics – young people have seen the impact of their votes and will be empowered."
Josh Cole
Founder, Rize Up
20m
reached on Twitter
9m
Facebook reach
862k
under-25s registered to vote after the launch of the campaign – a 48% increase on 2015
246k
a record 246,000 under-25s registered on deadline day 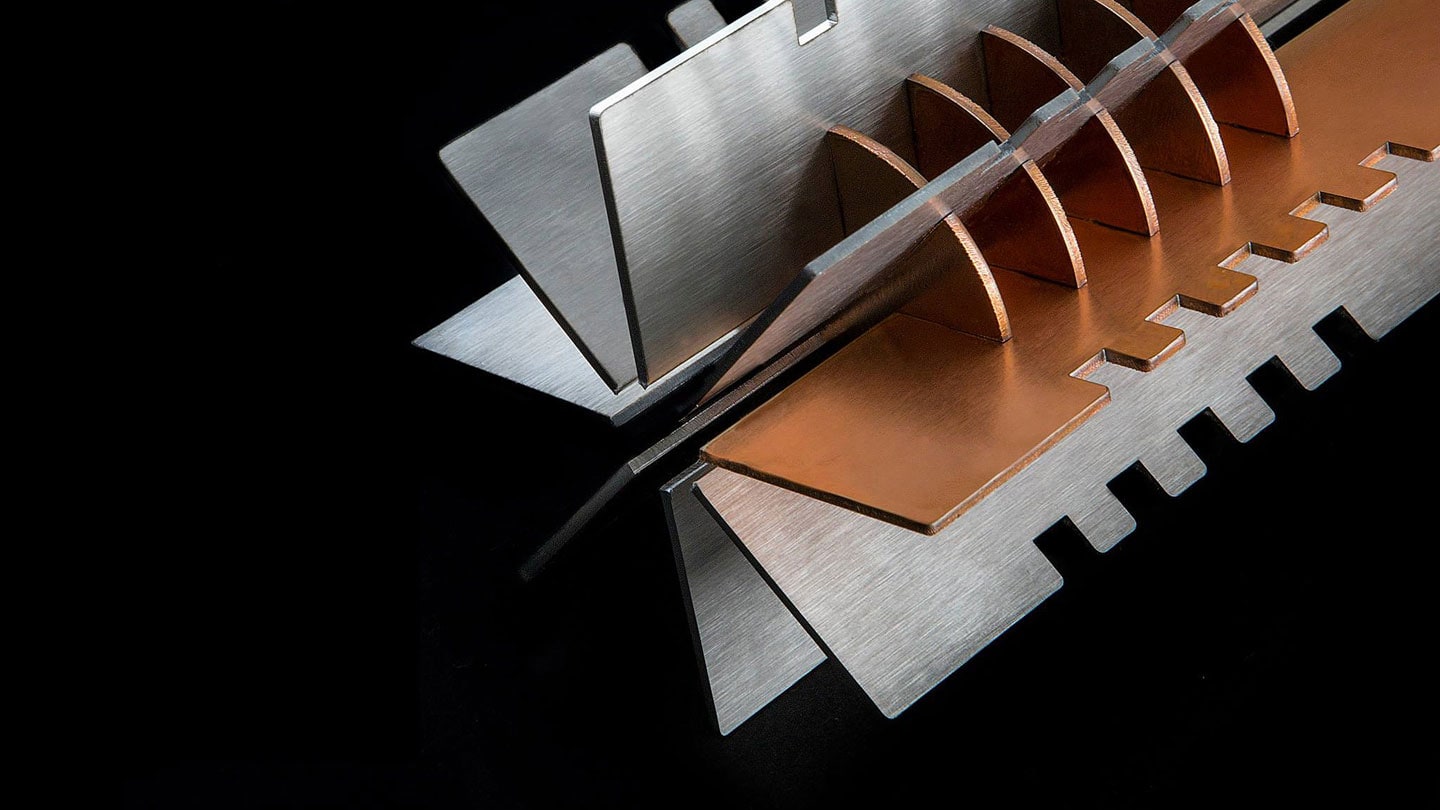 Promoting the emotional resilience of children at risk